The Fairlight Desktop Console uses the same high quality faders as the full size modular studio consoles. The sculpted faders are smooth and provide the perfect amount of resistance for making subtle adjustments. The precision engineered encoder knobs ensure a long life of noiseless operation, and the console buttons are rated at a million presses. Individual LCDs display track information for each channel. The high quality search dial is extremely responsive and is much faster than a mouse. The soft front panel bumper makes long sessions more comfortable, the console can be installed flush in a custom desk, and there’s even a built in power supply, which means no power brick. 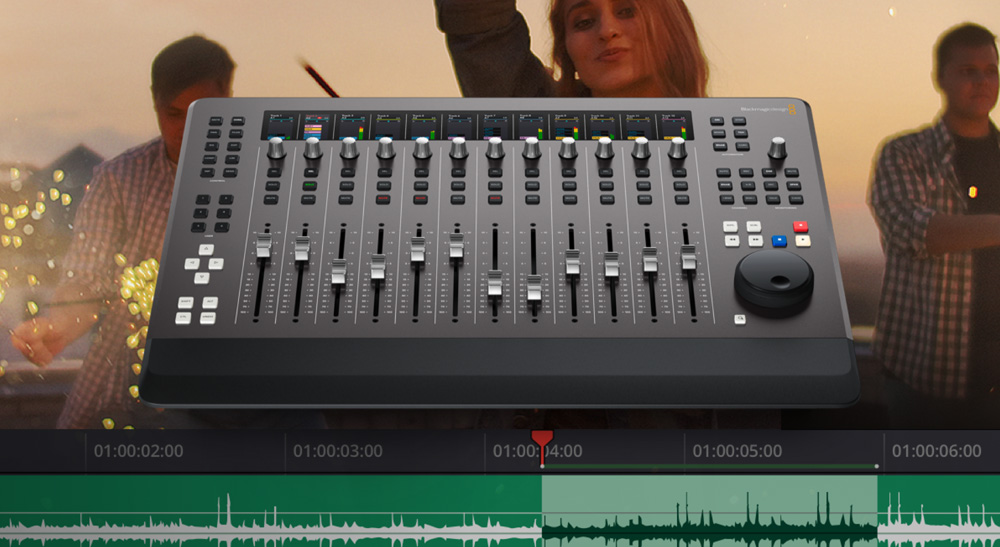 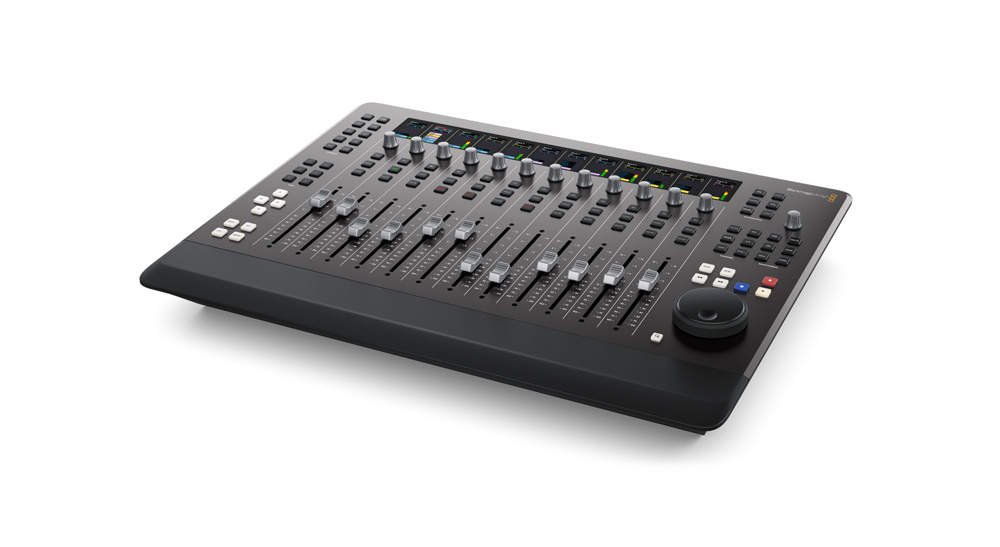 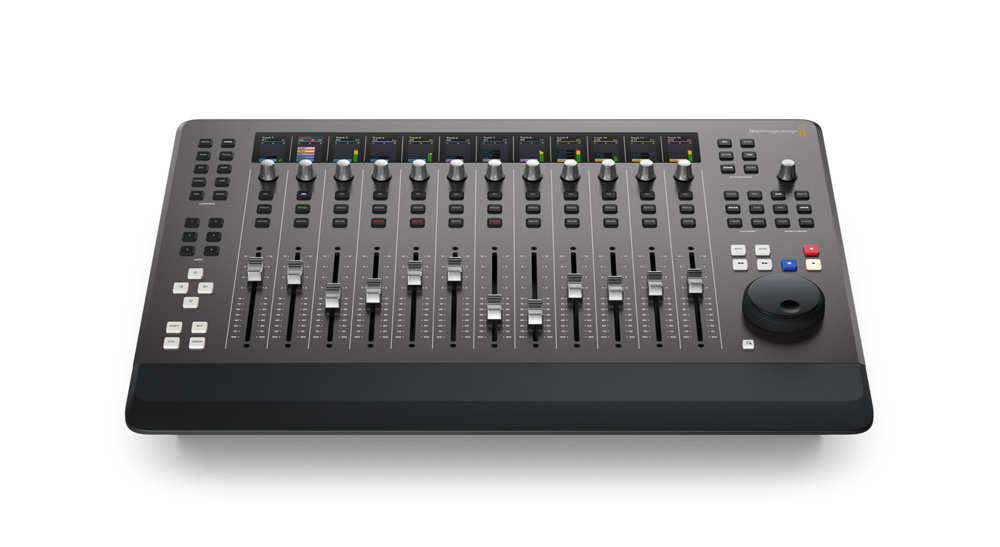 The Fairlight Desktop Console features 12 channel strips that can be used in a variety of ways for mixing audio. Each channel strip has a motorized fader for adjusting levels, a series of buttons for solo, mute and other parameters, a multifunction pan knob, and an LCD that shows customers information about the channel or track on which customers are working. Channel strips can be used to control an individual track and any strip can be assigned to any track in the project. Customers can also use a single strip to control multiple tracks in a group, or customers can use the channel strips to control buses. This gives customers the speed and flexibility customers need for total control over their recording and mixing sessions.

When users are working on a tight deadline and have a large project with a lot of tracks, customers don’t want to waste time scrolling through the timeline or hunting for a clip. The Fairlight Desktop Console helps customers work faster because it includes transport buttons and a high quality jog shuttle wheel. That means users will be able to quickly move around the timeline and navigate clips, scrub, start or stop playback, or jump to a new position with incredible speed. The controls are logically grouped, allowing customers to keep their hand in one position while navigating the timeline from end to end, or anywhere in between, in seconds. The search dial can also be used for timeline zooming, clip levels and more.

The faders and knobs are touch sensitive, activating the moment customers touch them, so customers don’t have to move them for the console to know customers want to work on that parameter. Six automation buttons enable and disable automation, set recording method, and which automation curves show in the timeline tracks.

The monitoring controls on the Fairlight Desktop Console let customers quickly switch between sources, control both their studio and booth levels, or even control talkback if customers have a Fairlight Audio Interface installed with their computer. Customers also get a level knob along with buttons for dimming and muting their speakers, allowing customers to instantly cut or reduce the sound so customers can have a conversation in their studio or suite.

For direct visual feedback customers can add an HDMI display to the Fairlight Desktop Console. This allows customers to see an extensive graphical display of everything happening on the console. Customers will be able to see channel strip information, levels, equalization, dynamics processing, plug-in interfaces and more. That means customers don’t have to open pop-up windows on top of their timeline. For example, when customers adjust EQ settings, its interface will be displayed on the screen as customers turn the knob. The screen automatically switches to show customers buses, inline channel strip controls or single channel controls when in focus mode. There’s no configuration needed, simply plug in an HDMI monitor and start working.